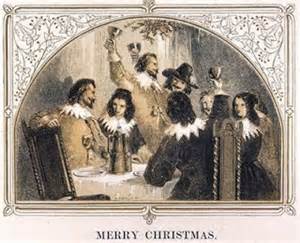 Before the English Civil War, Christmas continued to be celebrated in England much as it had always been.  December 25th was a public holiday on which shops and businesses were closed and special church services were held.  Buildings were decorated with rosemary, holly and ivy and  people did pretty much the same kind of thing we do today.  Eating, drinking, carol singing, drinking, dancing, drinking, perhaps watching a play … and yet more drinking.  And, to a greater or lesser degree, it went on for the full twelve days and culminated in the biggest knees-up of all on the Last Day of Christmas.

Inevitably, all this drinking led to drunken brawls and Lewd or Promiscuous Behaviour.  Or so the killjoys said.

They may have had a point.  On the other hand … cancelling Christmas?  It’s a bit extreme, isn’t it?

But that’s exactly what they did. 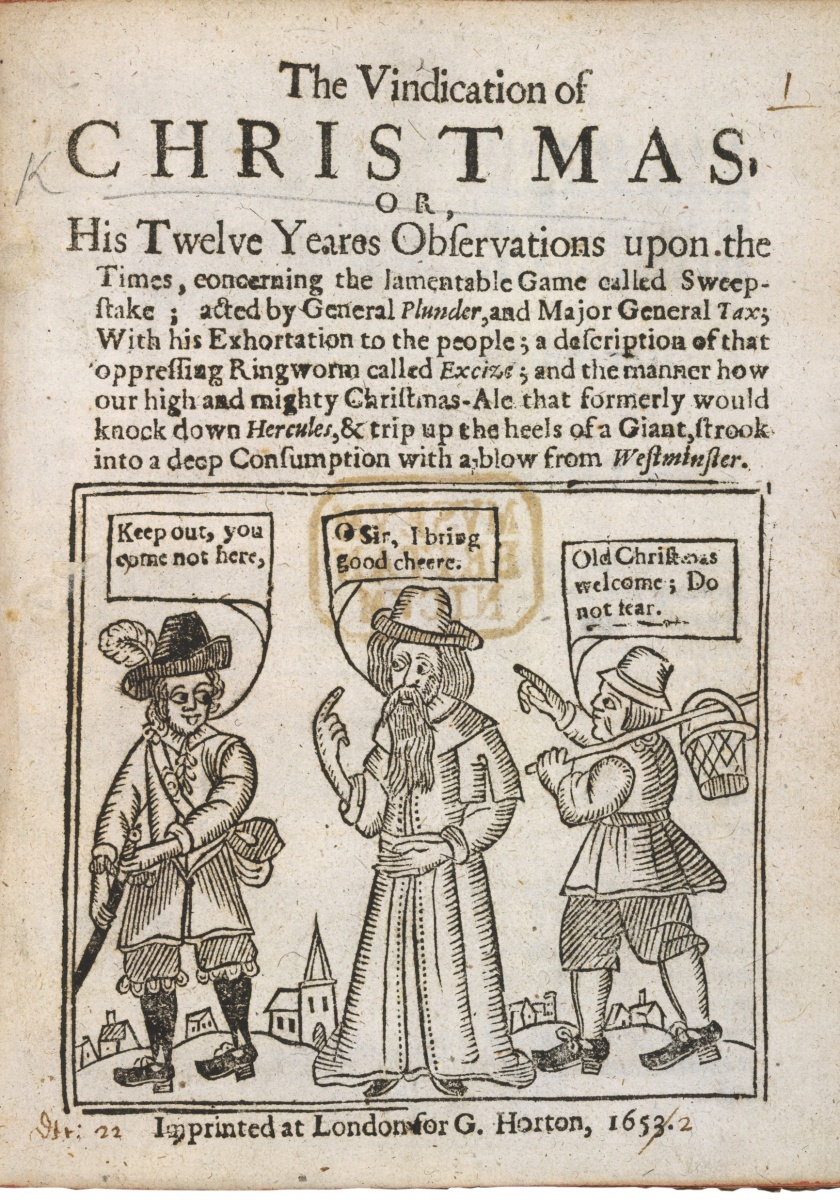 In 1644, two years after the start of the Civil War, Christmas was banned by Act of Parliament and decreed, henceforth, to be an ordinary working day.  The Puritans considered twelve days of roistering and jollification wasteful, decadent, morally deficient and almost unchristian.  Some of them  blamed it on on the Catholics; others said it was Pagan.  None of them liked it.

So Christmas became illegal and went underground – taking the mince pies, plum puddings and Christmas songs with it.  Officials roamed the streets, ready to arrest anyone caught burning a Yule Log or doing anything the least bit Merry. Wassailing was now a thing of the past. Presumably, the Puritans were happy – mostly because no one else was.

Illicit pamphlets were printed containing verses about Old Christmas so everyone remembered what they were missing. 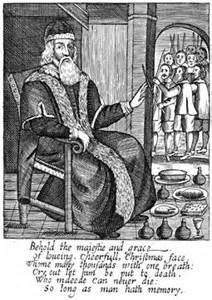 Naturally, not everyone took the new law lying down. Yuletide discontent was responsible for angry mobs, riots and would-be Wassailers knocking seven bells out of the officials trying to arrest them.   Everybody (except the Puritans) felt strongly about their Right To Party.

Unfortunately, they had to wait until 1662 before the Merry Monarch made it legal again and Old Christmas was finally able to come out of the closet.

And God bless you and send you a Happy New Year

And God send you a Happy New Year!

And my own very best wishes to everyone for a Merry Christmas and a Happy New Year.